What is the United States Code? 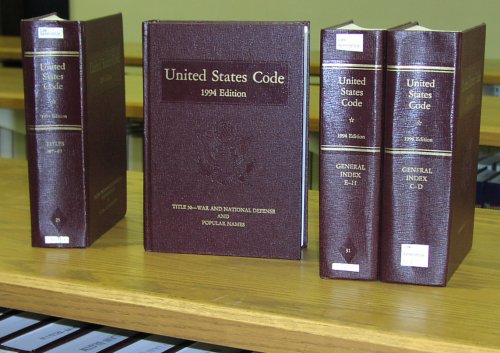 The United States Code is the codification by subject matter of the general and permanent laws of the United States. It is divided by broad subjects into 51 titles and published by the Office of the Law Revision Counsel of the U.S. House of Representatives. The U.S. Code was first published in 1926. The next main edition was published in 1934, and subsequent main editions have been published every six years since 1934. In between editions, annual cumulative supplements (AKA pocket parts) are published in order to present the most current information. There is usually about a two year delay in the publication of the U.S. Code.

Positive law codification is the process of revising and enacting the general and permanent laws of the United States, title by title. The Office of Law Revision Counsel is authorized by law to continously review and codify the laws that are required to be incorporated into the U.S. Code. They remove any inconsistent, redundant, and obsolete laws, and amend the code with new laws that are passed. When the project is complete, all of the U.S. Code will be legal evidence of the general and permanaent laws and reference to the United States Statutes at Large for legal evidence of the law will no longer be necessary. Titles that have not been enacted into positive law are only prima facie evidence of the law. In that case, the Statutes at Large still govern.

These publications are NOT official sources of the law and should NOT be cited, nor should the annotations be referenced in court documents. Rather, the citation should always be to the official primary source, the U.S. Code or the Statutes at Large.

Electronic Sources of the U.S. Code

Print Sources of the U.S. Code